How the Stock Market Works

We get so many questions every year about how the stock market works and how to going about learning how to invest. 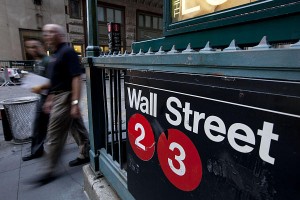 The perception, and the reality, of how it works are like most things. Very different. This article will give you a few pointers on how to look at companies and the stock market as whole. I’m a big beleiver of learning how things work before using them, so I’m learning all the time.  I suggest you do the same, do some homework and get aquainted with the stock market.  Understanding how it works will payoff in the end.  And yes, the fiscal cliff, very entertaining.

On the other side of that, you don’t always win. You can lose money as well. Remember one thing. You only gain or lose money when you actually sell the stock. If you haven’t sold it, you haven’t gained, or lost anything. So let’s say if you sold your stock at $4 per share, here’s the result.

Analysts and Wall Street I love business analysts. They predict the future of what a company should do or what they expect it to do. Somewhat like a Meteorologist who tells us what the weather will be. It’s the future. I hate to rain on anyone’s parade, but no one knows the future, except for some scientists in the movies. So here’s how it works. Let’s take the example above and attach some dates to it.

This is great, the company has done well. Now the analysts from Wall Street have to give their opinion. The analyst state that they think the lemonade stand should increase their sales in Q2 to $125. So the numbers for Q2 come in, they are as follows: and we will now compare the quarters from here on in.

Wow!! The lemonade stand didn’t only make more than the Wall Street analysts said but they exceeded their sales expectations by $2, and they increased the profit from $25 to $30. What does this mean? Well in most cases this means that the price of the stock should increase. But that isn’t always the case. We will look at things that influence the stock market later on. But for now let’s focus on Wall Street and the analysts. For the next quarter, the analysts on Wall Street predict that the lemonade stand will increase their sales to $150 and the profit will be $35.

So the lemonade stand is doing great and it’s beating what the analysts predict. Does the price of the stock go up? Well the company did well, it beat what the analysts expected, so in most cases, yes it will increase. I will now give you an example of how a company still does well but does not meet analysts’ expectations. So example Q4. Analysts predict $225 in sales aqnd a profit of $100. The actual numbers come in.

Oops. The lemonade stand missed what the analysts predicted. They were short on sales and they were short on their profit. Now you would think that they were doing well, which they are. Sales are increasing, profit is increasing, and so what’s the problem. The problem is that it did not meet or exceed what the analyst expectations. Very interesting, but that is how it works.

Take for example McDonalds. There recent Q3 numbers for 2012 were $7.15 billion in sales, and $1.46 billion in profit. Number one, they were profitable, and that’s good, in this case to the tune of $1.46 billion, that’s a lot in my book. But what happen to the stock. It went down on or around 6% so far since it reported. Why? It didn’t meet what the Wall Street analyst expected. This is information that you need to know when investing, but there is more.

3 Responses to How the Stock Market Works